Rangefinders have been around for several decades since its invention in 1964. It is used to find the distance towards whatever it is aimed at. This is made possible by finding the time it takes to reflect the laser beam emitted from the rangefinder back to its sensors and using this information to display the distance towards the object. Rangefinders have grown in accuracy and reliability over the years and have proven themselves worthy of being carried around by hunters during their trips. 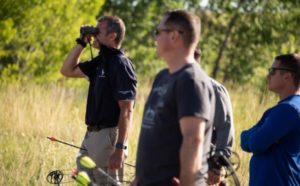 Manually judging the correct distance towards a target more than 100 yards out may be challenging for many, which is why rangefinders are essential for hunters who want to miss as little shots as possible. It is also useful for beginners trying to learn how to judge nearby distances by learning the ranges from the gadget. They are lightweight, portable, and reliable; and hunters may even use them as an alternative to binoculars due to the magnification features.

Nowadays, several manufacturers have released different variants of rangefinders. Some are budget-friendly, some are expensive, and most of them boast various new features that could help hunters in the outdoors. Without a doubt, the steps taken towards the innovation of rangefinders have been effective, allowing hunters to determine accurate distances and make their shots count on a level landscape. However, hunters soon realized that inclines and declines in the landscape affect the accuracy of rangefinder readings due to the trajectory of their bullets or arrows differing from shots taken without inclines in the landscape.

This issue was solved through the ARC technology by Bushnell, one of the leading manufacturers of rangefinders. The rangefinder with arc technology, or “Angle Range Compensation”, was developed to take into account the shot angle from the hunter to their targets. This data is then considered before displaying a reading, showing hunters whether they should aim farther or closer to hit their targets at an angle.

The ARC technology is especially useful for bowhunters who miss their shots due to failure in compensating for the terrain. Unlike hunters who use rifles, bowhunters must consider their arrow’s trajectory when aiming for their target. This may cause shots to hit short of their target or fly over their heads without angle compensation. Rangefinders equipped with ARC or other angle compensation technology can now assist bowhunters to hit their shots and make the most out of their hunt.

Over the years, rangefinders have been equipped with newer technologies and the ARC technology is definitely one of the most useful features introduced. Angle compensation technologies allow for extremely accurate distance measurements no matter the terrain. Picking up a rangefinder equipped with ARC or similar implementations will help you start hitting more shots in all your future hunting trips.

Basketball is a delightful game that has an effect of leaving its players wanting to play all over again. However, ... 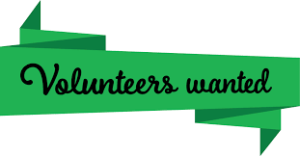 We will hold many activities to publicize the importance of traveling, and make up groups together. Therefore, we need a lot of volunteers. If you are interested, please join us, and leave your message in Contact Us.